Why I think “Remain” lost 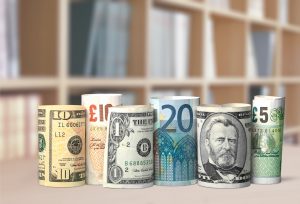 Reams have now been written about this cataclysmic event – and will continue to be for years to come. Whichever “side” you were on, I’d like to offer a view on why Leave won and Remain lost – albeit by a small margin. And in my very humble opinion (for that is all that it is) – it has less to do with the “facts” and more about human nature and intuition. Let me explain.

Gregory Bateson created and Robert Dilts developed a model of thought and behaviour called 5 Logical Levels. They are :

“I can’t do that here” is a Capability level statement. It implies I might be able to think about it, but not able to DO it.  And so on – for both Behaviour and Environment.

Now when these are all lined up in someone…when WHERE you are doing WHAT you are doing..and you’re very good at HOW you’re doing it….and you genuinely seem to BELIEVE in what you’re doing…it almost becomes a reflection or statement of WHO you are…you can be said to be Congruent. You walk your talk and talk your walk. Congruence is exceedingly powerful and persuasive. We just know instinctively most of the time when someone is Congruent, and describe them with words like genuine and authentic and powerful.

When you AREN’T Congruent – it shows. Politicians are normally quite adept… and some are  highly skilled in making a speech or putting their point across. Their Capabilities level in “speechifying” is high. Not too surprising – they want your vote! And the best way to get it is to make a good series of speeches. Skilled as they mostly are – and David Cameron is a master of the craft  – do you ever find yourself feeling and thinking “Hmmmm – do they really believe all this poo?”

And the reason you often feel that – is because they don’t. They may be skilled at making a speech – but if they don’t BELIEVE in what they are saying , that lack of belief will leak, and we will notice. It’s not always obvious  – but we find ourselves with this querulous feeling in our stomachs and heads that all is not well. It’s often hard to put a finger on it, as we form this impression mostly at the unconscious level. Yet it is there.

David Cameron’s excellent Bloomberg speech 3 years ago was powerful and I believe Congruent. He listed many of the things he thought needed reforming within the EU, and promised to go to Brussels and do his best to get them changed. And then he would offer the country a referendum on the results. Despite his intense diplomatic efforts earlier this year, he achieved very little. Or to quote his nemesis Boris Johnson…”Two thirds of diddly squat.”

….And how it did for him

So if the Prime Minister was going to be true to himself and his word –  by rights he should have been leading the Leave campaign. But we know that he chose the opposite – to lead Remain. And the consequence? He chose to argue for something  ( and it’s just my opinion ) he fundamentally DIDN’T BELIEVE IN. He wasn’t Congruent. And we the people – even if by just a narrow margin – picked up on that. I think it is also why the campaign for Remain became ever more shrill and doom laden  – maybe to mask their fundamental lack of belief in the justness of their cause.

It’s all about Congruence

By contrast – whatever you think about them or their personalities or their case – the Leave campaigners were truly Congruent in much of their campaign. They were fully invested in Brexit and genuinely passionate about their case – and it showed. That Congruence is what brought them victory – in my opinion. It was less about the facts  – both sides produced truck loads of facts and statistics. It was more about their belief in their cause. I don’t believe that The Prime Minister and Chancellor really believed in all that they were saying. And Grove, Leadsom and Johnson did.

There’s a little lesson for us all here. If you ever find yourself having to present stuff you genuinely don’t believe – think twice . Within most companies there may be times when you are expected to do just that. If you can avoid it – do. If you can’t, be as brief as possible – so that your lack of Congruence has little time to leak out.

It can take a lifetime to build a reputation, and only minutes to destroy it.

With grateful thanks to Robert Dilts http://www.nlpu.com/Articles/LevelsSummary.htm