Should Ed have read? 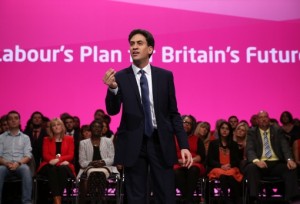 You’ve got to feel for Ed Miliband. His speech at the Labour Party conference was one of the most important in his life. He had to galvanise his party and his activists, he had to put water ‘twixt him and the Tories, he need to look like a Prime Minister in waiting. Oh – and he had to satisfy the pack of political journos – fresh from the heady excitement  of the Referendum – needing their next fix of political drama. No pressure then.

So what did he do well? Unless you’re a complete windbag, it takes a lot of guts to talk for over an hour. And it takes even more guts to do it without notes, and this was one loooooong soliloquy. So full marks to him. BUT, and it’s a big but……

*To talk for an hour, and to be able to hold an audience for an hour – needs EXCEPTIONAL ability. You’ve got to have something huge and riveting and engaging to say. And you’ve got to involve most of the listeners’ senses as possible….sight, sound, emotion, physical sensation, taste and smell. Those are what are memories are made of. All of us. Take them away, and you have nothing in your memory…..think about it. He could have said most of his message in a third of the time.

*To talk without notes, you also have to sound as if you mean it. It needs to look and sound natural and conversational. But he was reciting a mixture of his own words and those of his advisors and speech writers. And unless you’re a thespian, who studies drama for years to make someone else’s writing sound natural coming from your mouth , then you are likely to sound “odd”. People will think “yeah, it sort of sounds ok and seems to make sense, but did he write this? Does he really believe all of this stuff?

*Also,memorising is largely done by the left hand side of the brain. And at times of pressure- like delivering a speech to thousands- that side of our brain tends to “close down” through an overdose of adrenalin. Think of the number of times you’ve forgotten stuff you’ve known for years- when having a stressful or “senior” moment. So memorising speeches is POSSIBLE to do- but leave it to actors. It’s their job. Not yours. And not Ed’s. It is TOO risky a strategy , and it’s likely to lead to forgetting things and making an eejit of yourself.

*How do we know he memorised it? Because copies were sent to the press beforehand.

*Those who follow my writing will know I am not a fan of autocue. At all. But in this case – I think he should have used it. In a way we “forgive” someone for talking from autocue, as we know they are reading from a script. And we expect it to sound a little scripted. And we don’t usually expect much genuine passion from those who read speeches – because it sounds contrived.

*But Ed Milliband didn’t sound right much of the time – he fell between two stools. He wanted to sound genuine and passionate and appear to be talking from the heart. But often he didn’t. Much of it felt a little contrived – which is a killer when you are seeking to get others to vote for you and follow you and believe in you. Either talk from the heart – using the method described in my book Blow Your Own Horn ( Amazon and iBooks), or learn how to use autocue well. Especially if you want to become Prime Minister!

* Gestures – he used a lot of gestures like the one in the picture above…three fingers clamped together. To me this looks restrained and artificial. Why? Because these gestures are not natural – and we aren’t dumb. We notice these things.

1) It’s hard to talk passionately for an hour – unless every thought is “in your bones” and passionately held. It’s even harder to recite other people’s words and script and ideas and make them sound convincing when you’re talking without notes.

2) It was too long. Twenty minutes would have been more than enough.

3) If you want to talk without notes, and ideally you should, then use a method that works. It’s in my book. If you can’t or won’t – then learn how to use autocue well. Very few can.

Am I being fair? I am doing my best to be scrupulously apolitical, and just observing the behaviour, the delivery  and the impact…..not commenting on the content.

He is seeking to be Prime Minister. And I think we the country, his party, and also Ed Miliband himself expect a little better.