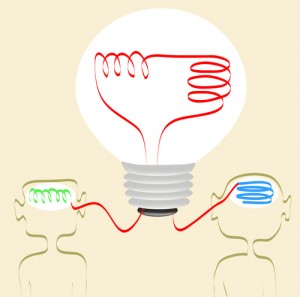 Daniel Goleman wrote an article in the New York Times last month called “Rich People Care Less.” And it has relevance for presentation. If you hold a senior position, you’ll likely be perceived by those lower down the organisation as having not only much higher status, but earning a great deal more too. So you are in the “zone” for portraying a deficit of empathy to those further down the hierarchy.

“Turning a blind eye. Giving someone the cold shoulder. Looking down on people. Seeing right through them.

These metaphors for condescending or dismissive behaviour are more than just descriptive. They suggest, to a surprisingly accurate extent, the social distance between those with greater power and those with less — a distance that goes beyond the realm of interpersonal interactions and may exacerbate the
soaring inequality in the United States.

A growing body of recent research shows that people with the most social power pay scant attention to those with little such power. This tuning out has been observed, for instance, with strangers in a mere five-minute get-acquainted session, where the more powerful person shows fewer signals of paying attention, like nodding or laughing. Higher-status people are also more likely to express disregard, through facial expressions, and are more likely to take over the conversation and interrupt or look past the other speaker.”

“Of course, in any society, social power is relative; any of us may be higher or lower in a given interaction, and the research shows the effect still prevails. Though the more powerful pay less attention to us than we do to them, in other situations we are relatively higher on the totem pole of status — and we, too, tend to pay less attention to those a rung or two down.”

So how does this affect you? It much depends on a huge range of variables. Your warmth or perceived lack of it, your charisma, your chemistry, your style – all of these are present in varying degrees. Some you can do something about, others are a lifetime’s work! But whatever your “score”, here are some easy wins that everyone can achieve:

“Since the 1970s, the gap between the rich and everyone else has skyrocketed. Income inequality is at its highest level in a century. This widening gulf between the haves and have-less troubles me, but not for the obvious reasons. Apart from the financial inequities, I fear the expansion of an entirely different gap, caused by the inability to see oneself in a less advantaged person’s shoes. Reducing the economic gap may be impossible without also addressing the gap in empathy.”

This is not just an issue in America. Forbes magazine reports that the ratio of total rewards of CEOs of FTSE100 companies to the pay of the average UK employee rose from 45:1 in 1998 to 120:1 in 2010.

This article is not intended to be a polemic on social justice or income levels. But as a high earning manager, partner or director it is worth being mindful of the above when you address a group who are not your peers.

The need to show empathy (understanding + showing understanding) is greater than it has been for a generation.

(with grateful thanks to Daniel Goleman and the New York Times)

Let’s continue this conversation. Complete the online contact form or call us on 0208 237 5600