Now that the dust has settled after the election,   it’s time for a little levity. 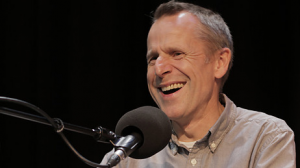 One of the comedy jewels in the BBC crown has to be The News  Quiz on Radio 4 on Fridays – chaired by the diminutive Dane Sandi Toksvig – razor sharp and extremely funny. She’s a comic genius – and has THE most infectious laugh.

The one permanent panellist on the programme is Jeremy Hardy –  quick witted and hilarious. In a  broadcast before the Autumn statement last year – he took a pot at the chancellor thus:

“ George Osborne wears the expression of a man who’s soiled his trousers without anyone noticing…some concern ….but tremendous relief at having got away with it!” 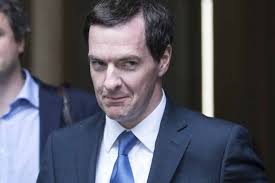 But I’m not writing this to take aim at politicians. It put me in mind more of the mental state we are often in when delivering a talk.

I feel that too many people confuse professionalism with seriousness. Such folk often present and almost berate their audience with a serious tone and expression and a face like a bagful of spanners. I’m not suggesting for one moment that every talk should be a laugh a minute. If you’re about to announce a major re-organisation entailing thousands of redundancies – or you’ve been caught manipulating LIBOR or the Forex market – then contrition rather than humour is the order of the day.

But it isn’t often that you talk about such onerous topics. Yet just because your subject may be serious and worthy, that doesn’t mean you have to look and sound as if you’ve sat on a pineapple.

Behaviour breeds behaviour. If you start all serious and po faced, then that is exactly what your client , team or audience is going to pick up and probably mirror. But if you start with a smile on your face, and inject smiles and a light expression throughout, then you are far more likely to relax your listeners and make them more receptive  both to your message – and to you as the deliverer of that message.