Do you speak English or Euphemism? 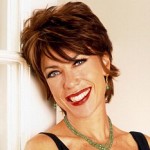 George Osborne, our Chancellor of the Exchequer , has just appointed a Canadian to be the next Governor of the Bank of England. It has taken many by surprise- not least because its the first time in the Bank’s history that we will have a non Brit, a foreigner ( gasp, shock horror) , as Governor. Even bigger shock- his opposite number, Ed Balls, agrees with the appointment. Is this some kind of first?

Catching the end of the Today programme this morning, James Naughtie interviewed both a Canadian and an Australian, Kathy Lette, about the appointment and what advice they might give to this incoming colonial. Lest you think I patronise, let me own up to being half Australian myself and proudly so.

I probably disagree with most of what Kathy Lette writes and says- but she is always fun, provocative and even something of a “national treasure” by now! She was on flying form this morning. She said many witty and really funny things, but two of them are pinging round my brain. Firstly, she thought that Brits are born with a “condescension chromosome” when it comes to dealing with colonials. Love it! She then went on to declare that we Brits don’t speak English…..we speak Euphemism. What a delightful line.

It made me think of how we can get it so “wrong ” when communicating with different cultures. Aussies pride themselves in their directness. When she first arrived in Britain, Kathy was often greeted with ” Ah, you’re an Australian….how refreshing!” Well- that directness can be seen as refreshing and enervating – or abrasive. I think she would delight in being seen as both !

I have lost count of the number of times that more direct cultures – the Dutch, Germans and Russians spring to mind- have expressed their bewilderment and irritation to me. ” God you Brits piss us off! Why don’t you say what you MEAN?” And often our reply is ” Ooh we couldn’t do that…it would be rude!” We often see other cultures as rude, abrasive and in your face. And those cultures in turn can view us as hypocritical, wishy washy & two faced.

And of course, neither of us are “right “. They are just different ways of being…different maps of the world.

Many of us , myself included, think good manners very important. They oil the wheels of social intercourse. Yet we can often confuse being more direct with being bad mannered. It is possible to maintain exquisite manners- which I intuit is the art of making another feel comfortable, respected and safe- whilst being direct. If you have rapport, you can say almost anything.

There are times for Euphemism and times to be direct. Think about the audience – and how you’ll approach this tricky subject. And be gentle on yourself too. “They” do not expect you to be as direct as them. It would be out of character with their expectations of the Brit way of being. But maybe a little less euphemism and little more honesty and directness – in the right context- would help our message to be heard, understood – and acted upon.

So which do YOU speak?